Jump Straight to the Recipe!

Raspberry Lemonade Icebox Pie is a wonderful frozen dessert that is tart, sweet, and super delicious. This Icebox Pie is like a frozen ice cream pie with flavors of tart lemon and sweet raspberry. The crust is the perfect amount of salty sweetness and crunch that you want with the sweet creamy pie filling. 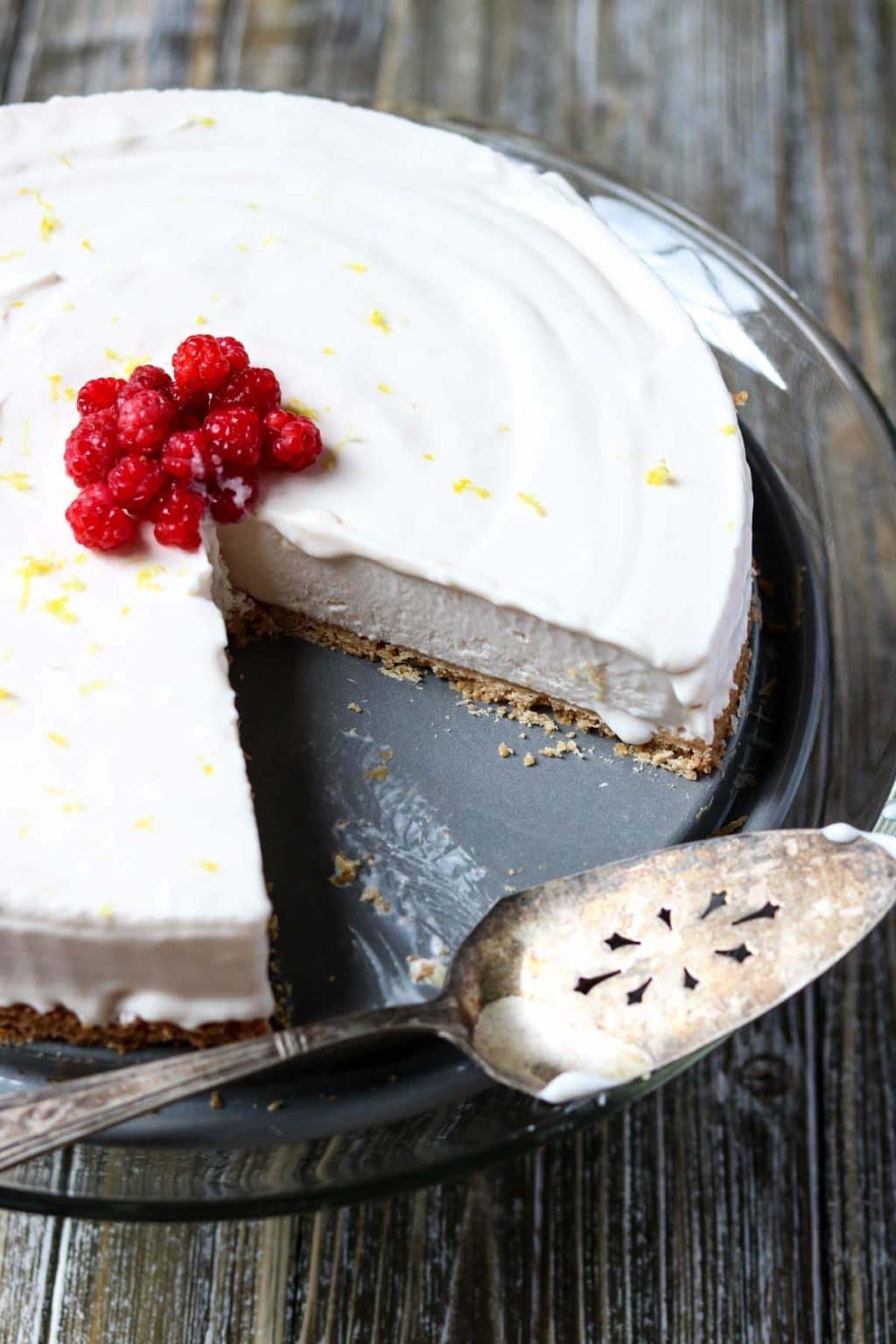 This Raspberry Lemonade Icebox Pie is a great summer time dessert because it requires very little baking time. When it is 95 degrees outside the last thing you want to do is turn the oven on for an hour! You simply bake the crust of the pie for 10 minutes and the rest is done in the freezer.

I also love how EASY this pie recipe is. Truth be told I am not an expert baker (like my Mom)! This is pretty much a fool-proof pie recipe, it does not require you to have expert “baking” skills, and if your measurements are not exact, the pie will still turn out!

What is Icebox Pie?

The name Icebox Pie comes from the word “Icebox”, which is what they called early refrigerators. These Icebox Pies or Cakes were made and kept fresh/cool in the Icebox. 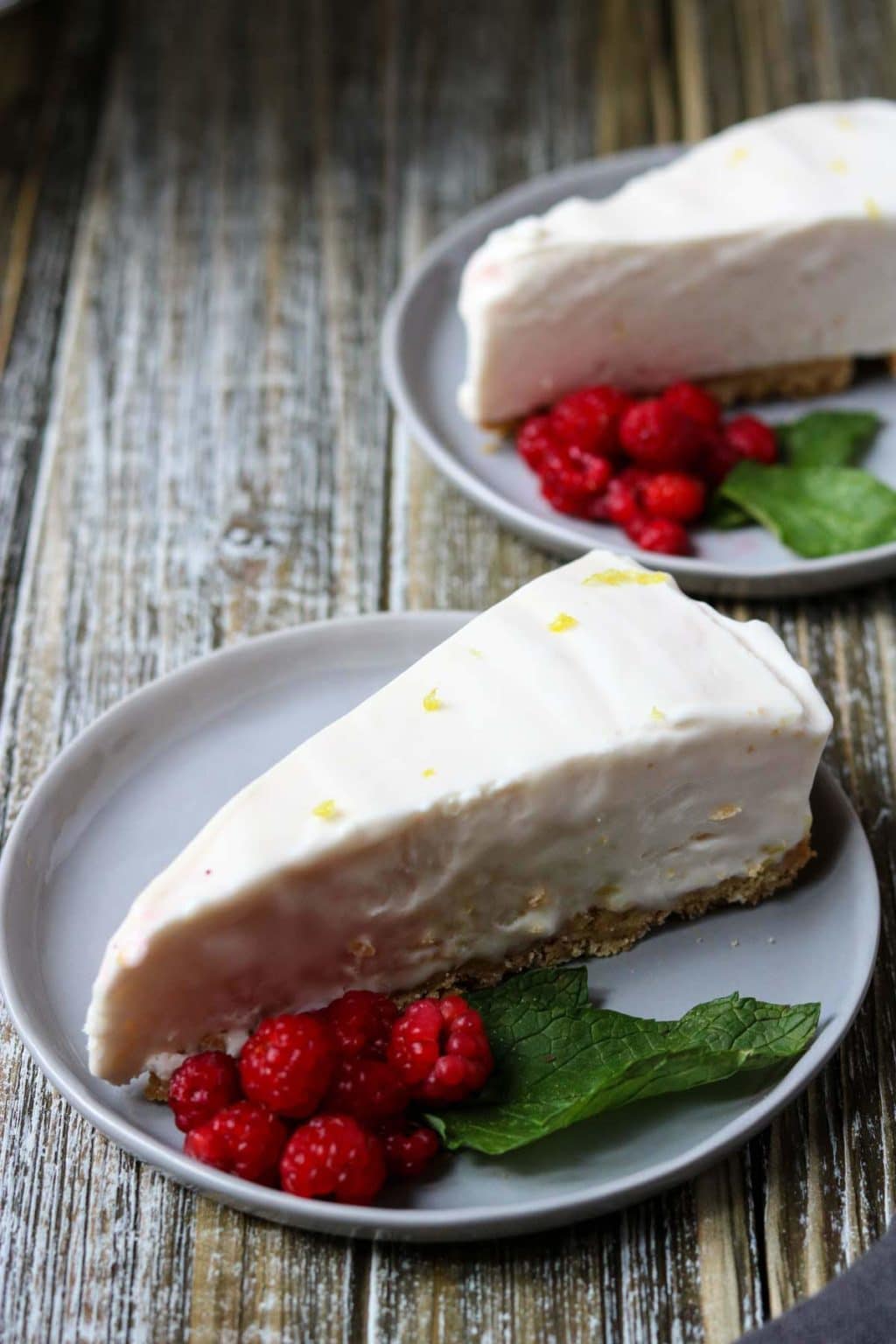 A traditional Icebox Pie is a mixture of fruit or fruit juices, eggs, and condensed milk. It is poured into a crust and then put in the freezer.

You could also call them an Icebox Pie a Frozen Pie, Freezer Pie, or Ice Cream Pie.

This recipe is SUPER easy. The only consideration when making this recipe is to be sure you have time for the pie to set up in the freezer.

Start by crushing the vanilla wafers (something like Nabisco Nilla Wafers). I prefer to do this by pulsing them in a food processor. You could also crush them in a plastic baggie by rolling them or beating them with a rolling pin. Just make sure they are processed to the texture of sand.

Melt a stick of butter (YUM) and mix it in with the ground cookie crumbs. You can do this by adding it thru the feed tube of the food processor and pulsing the mixture until it is combined. Or you can stir the mixture together by hand. 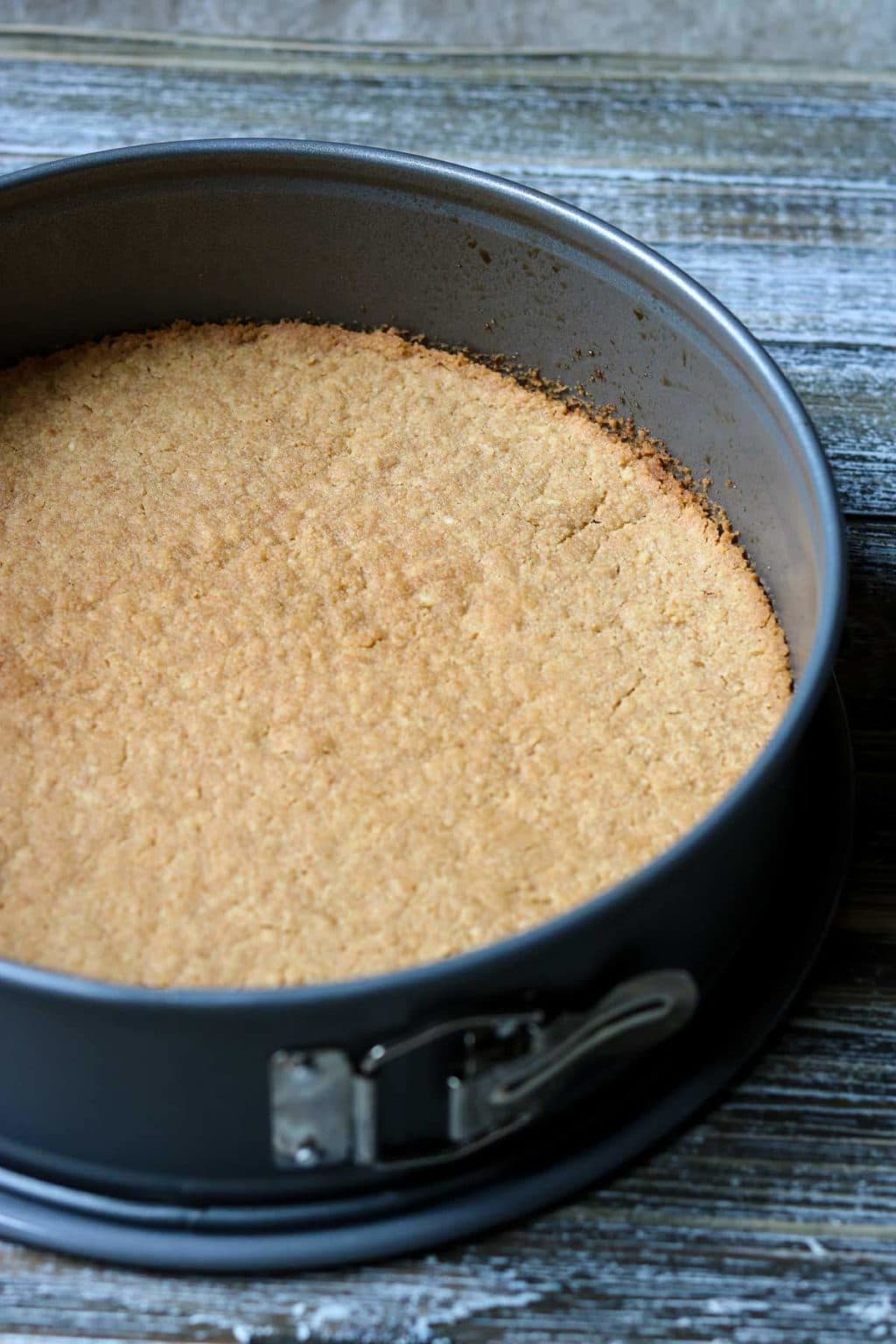 Press the cookie mixture evenly across the bottom of a 9 or 10 inch spring form pan.

While the crust is cooling you can make the Icebox Pie filling.

In a stand mixer with a whip attachment whip the heavy cream and vanilla until you reach stiff peaks (you will know you have stiff peaks when you lift up the blender and the peak that forms in the cream retains it’s shape). 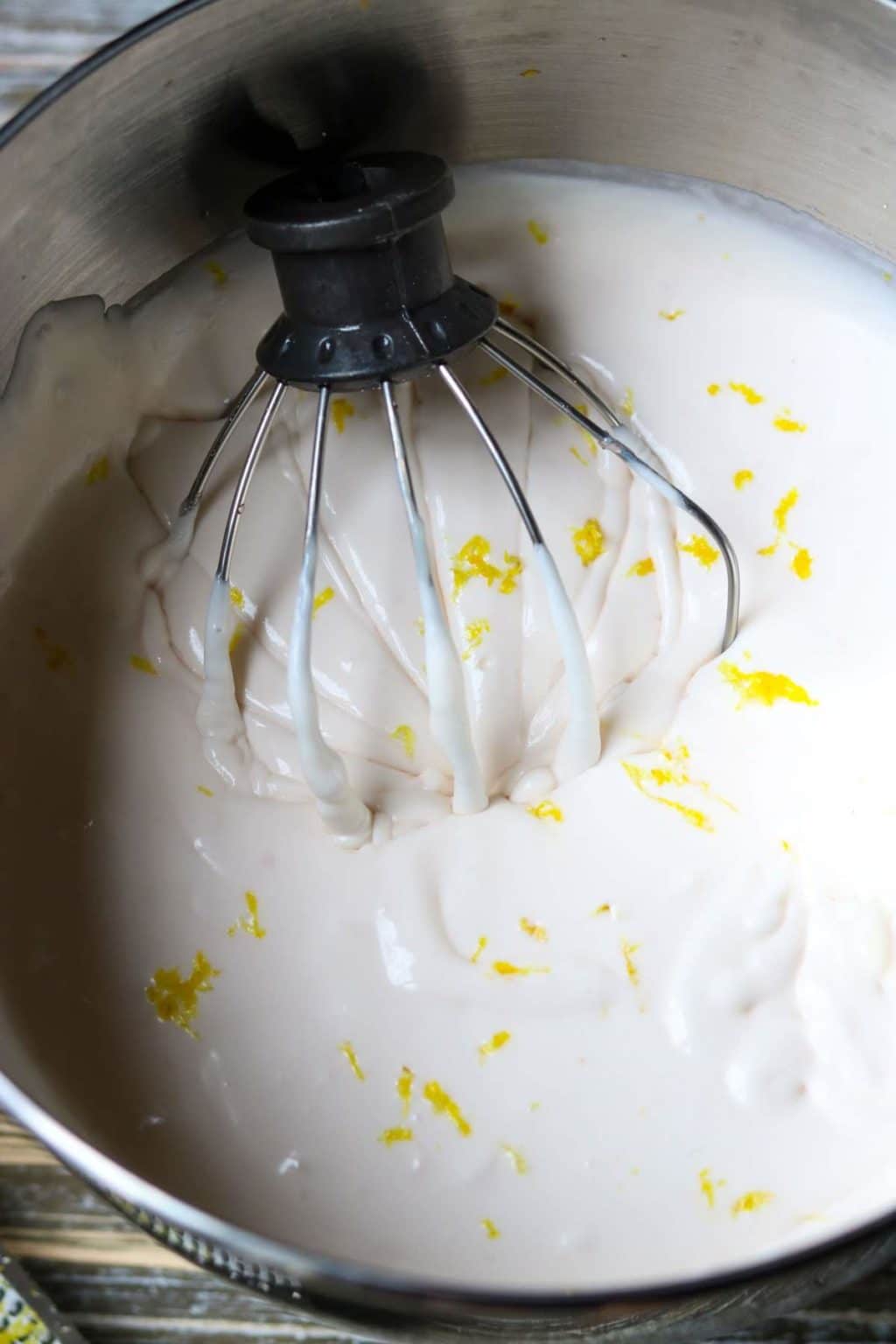 While the mixer is running slowly add the sweetened condensed milk and thawed raspberry lemonade concentrate.

Now turn off the blender and sprinkle the lemon zest over the filling and fold it in by hand.

Pour the Raspberry Lemonade filling over the cooled crust. 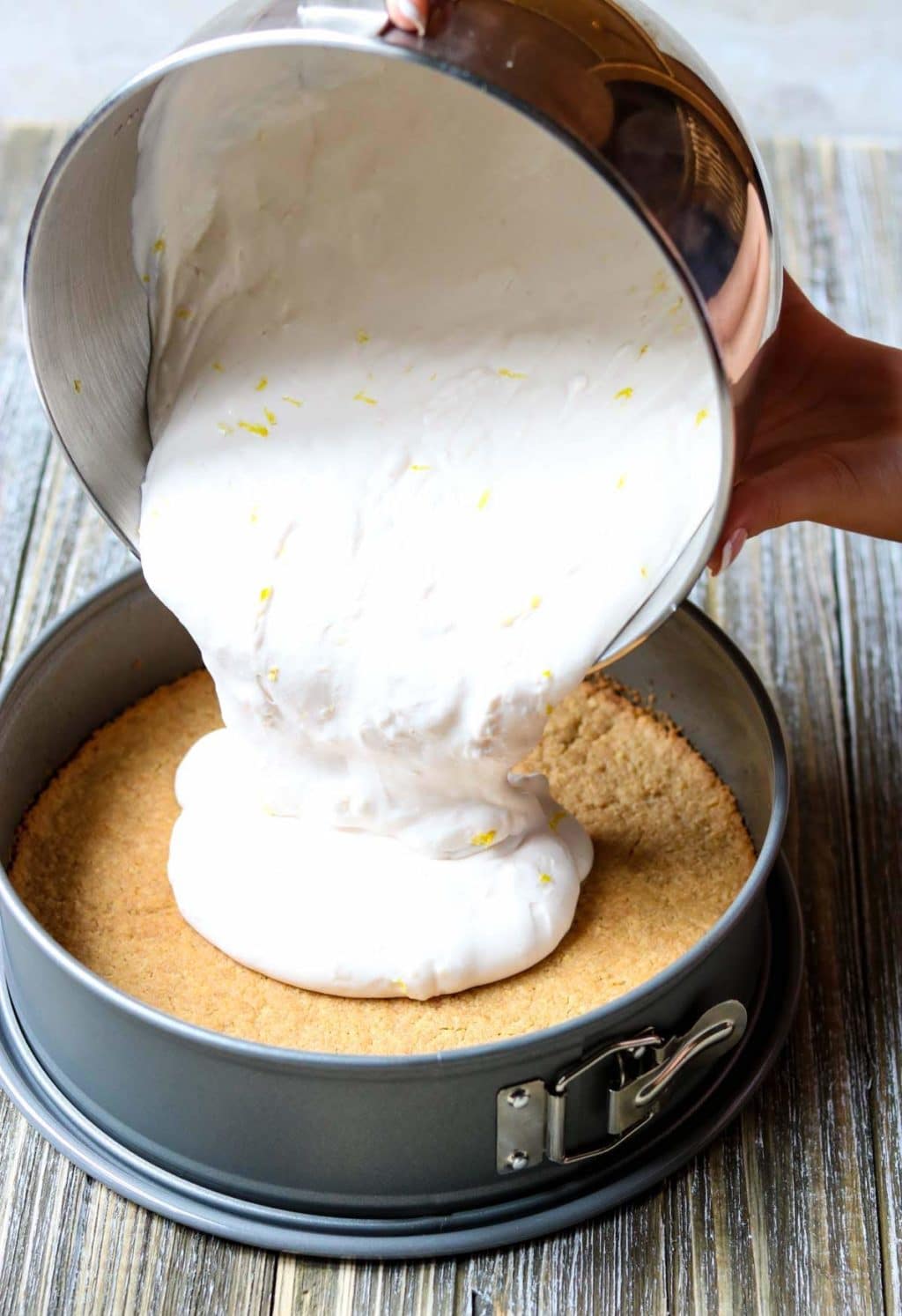 Cover the pan and pop it into the freezer and let it set for 12+ hours.

When you are ready to serve the pie, pull it out of the freezer about 10-15 minutes ahead of time. After it has sat at room temp, remove the spring form ring. Cut the pie into wedges and serve with a fresh raspberry garnish. 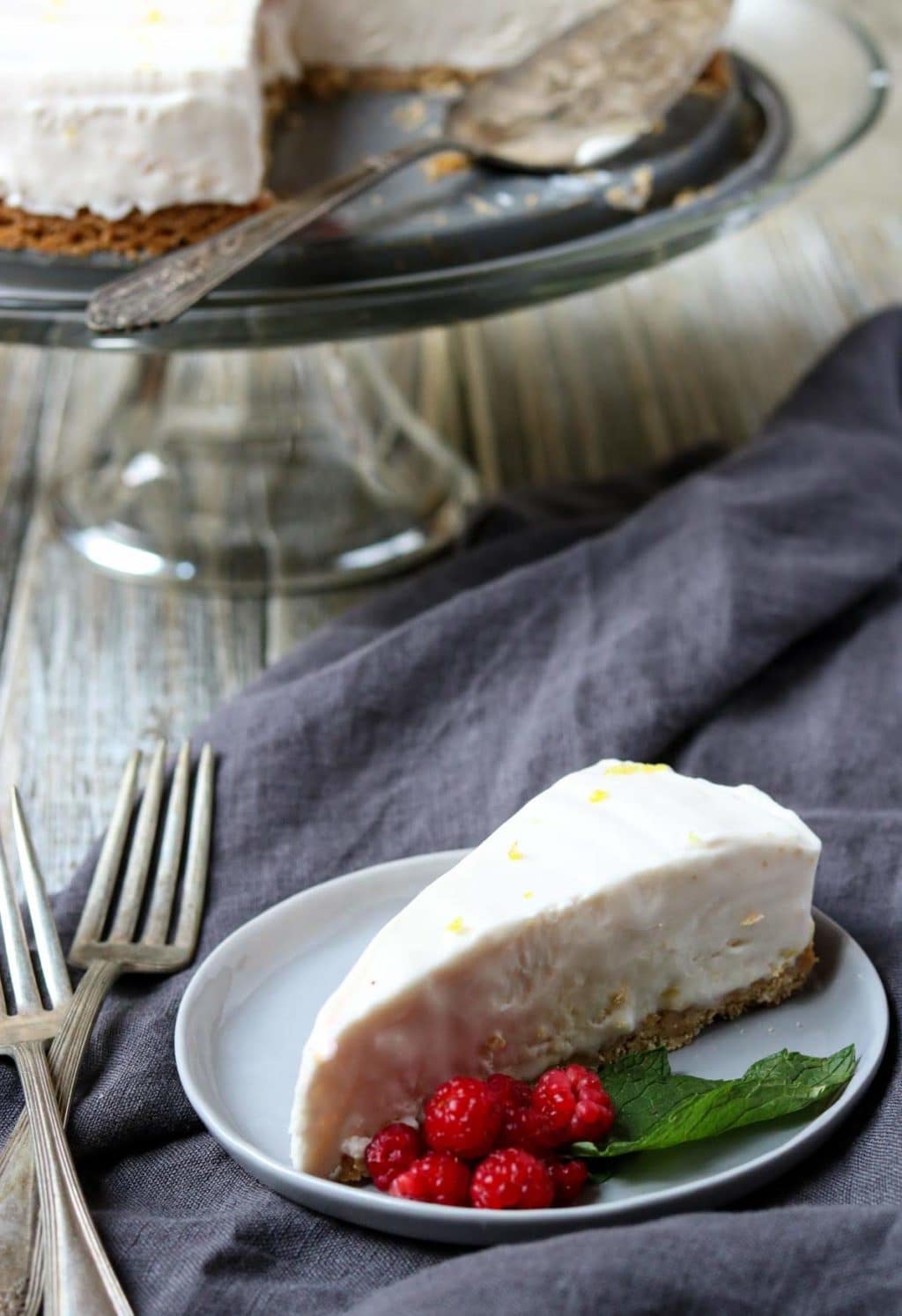 If you enjoyed this recipe for Raspberry Lemonade Icebox Pie check out some of these other delicious and easy dessert recipes from Mom’s Dinner:

I hope you give this recipe for Raspberry Lemonade Icebox Pie a try in your kitchen.

SAVE THE RECIPE FOR LATER. PIN IT HERE. 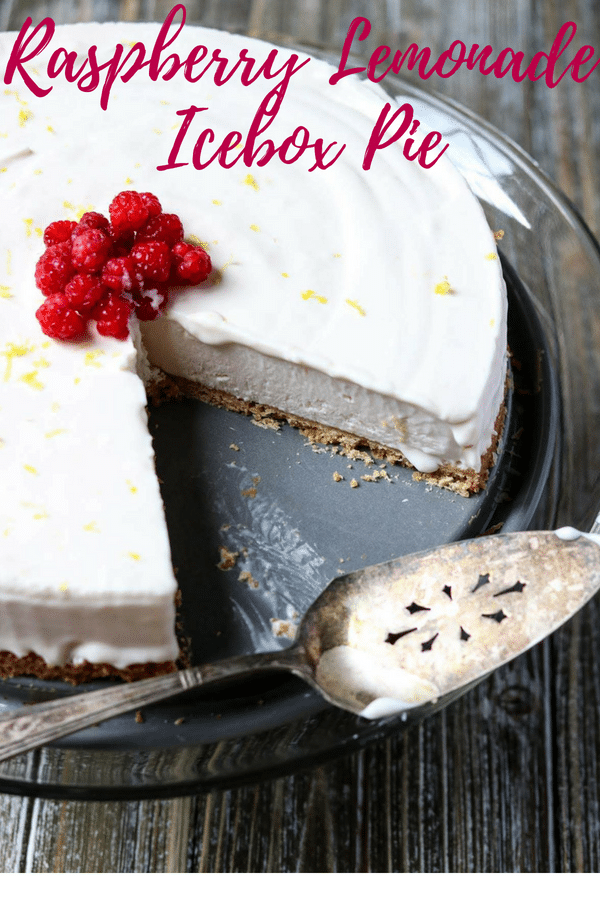 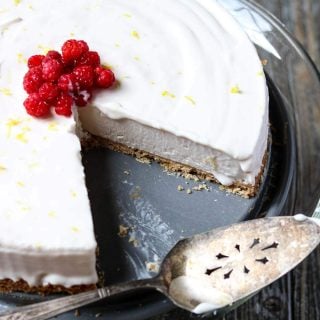 I’m Susie, the Mom at Mom’s Dinner! I’m so glad you are here. At Mom’s Dinner you will find simple dinner recipes (and more) that are made with easy to find ingredients. Read More… 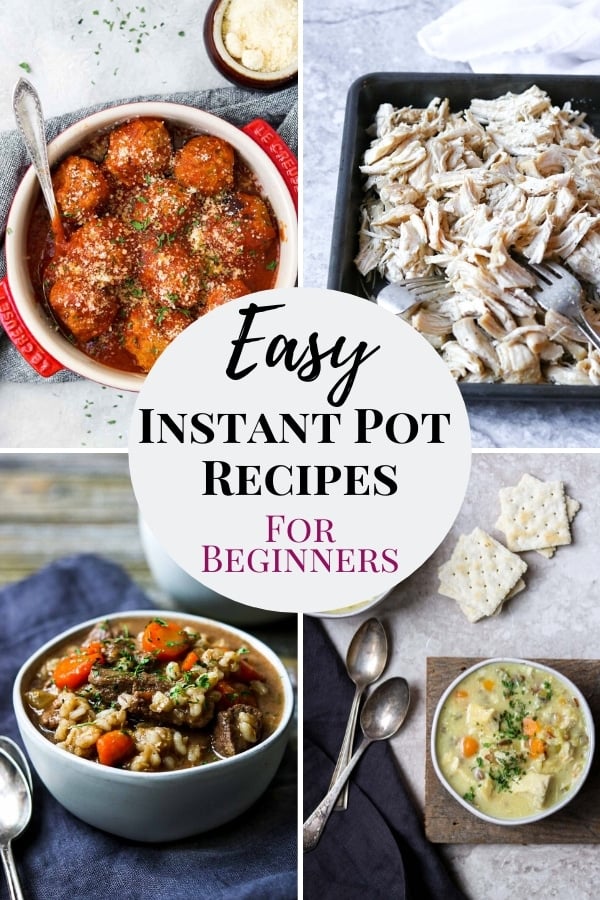 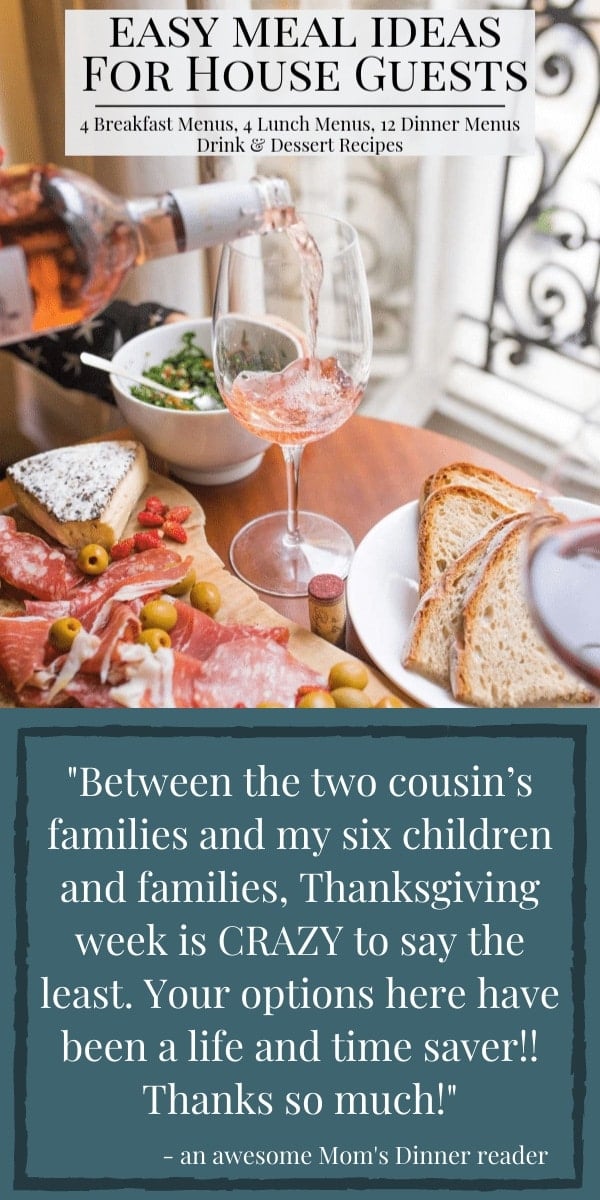 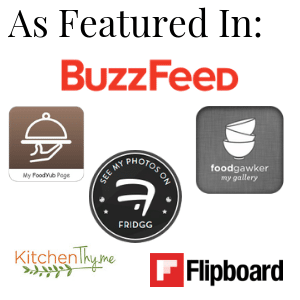 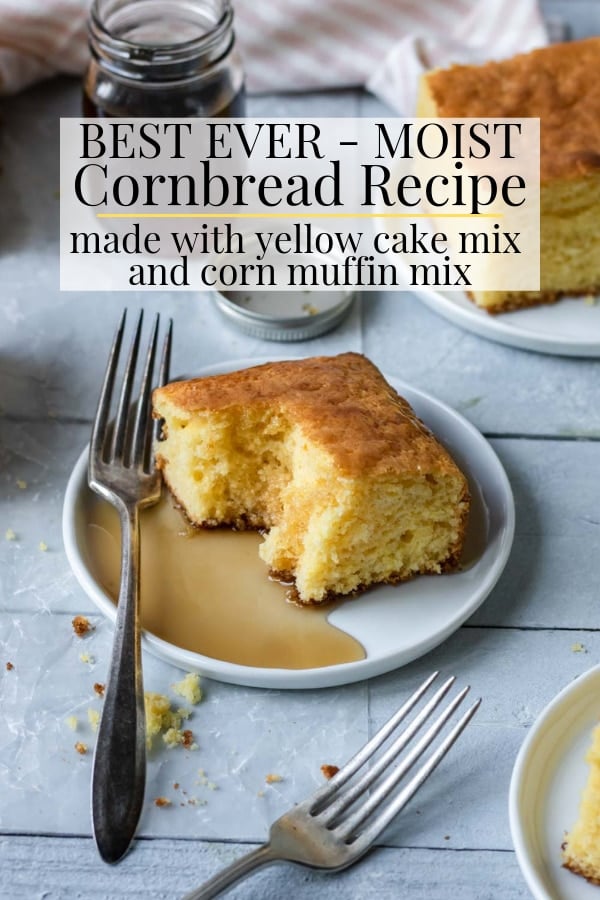 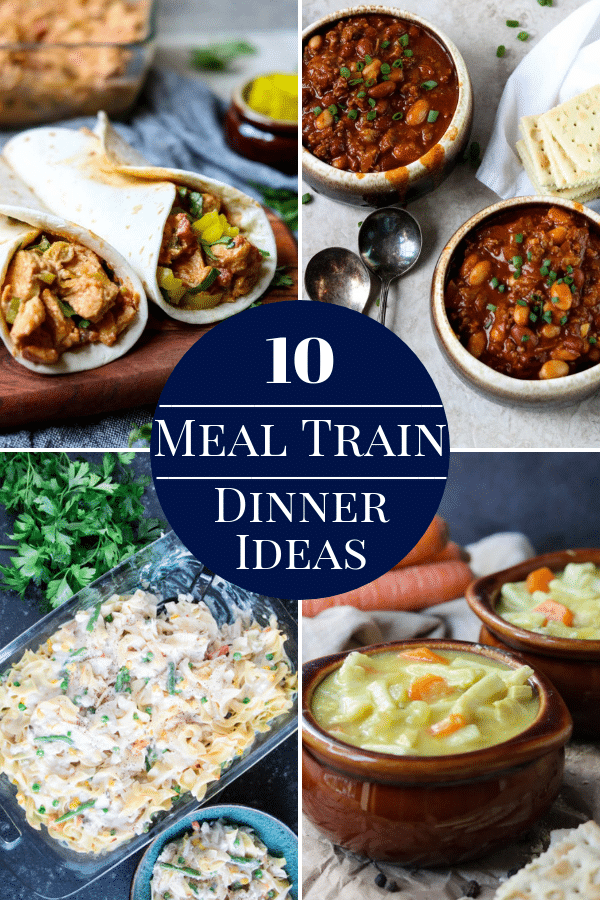